If you buy expensive perfume, you don’t look at it like your are wasting money, because perfume is actually considered sadaqah, for other people.

In other words, if you put on perfume, initially you’ll smell it. But after that you don’t smell it. Whereas when you come up to people they smell it. So really the point of perfume is the other people and for that reason you should buy good scent.

The prophet SAW bought the best scent. Even though he was very frugal in his other matters. In perfume, he actually wore the best perfume.” 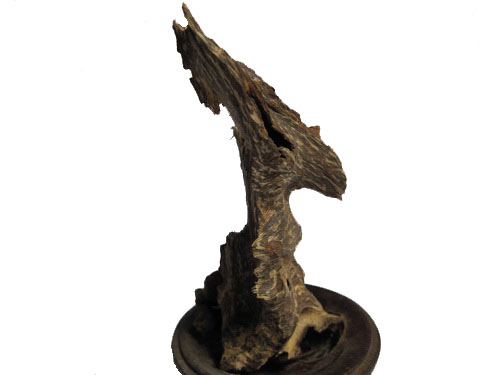 If you’re new to the world of Oud, one word you hear being chanted all over the place is ‘Cambodi’. So, what is Oud Cambodi, anyway?

In the beginning, there was Oud Hindi. This was the deep, reddish-brown juice that was presented to the Sheikhs and Emirs, Sultans and dignitaries in fancy crystal flasks back in the 1970s as the ultimate olfactory wonder. Then, there came a stage when the jungles of Assam felt like they were coughing up the very last trees they had in store, so the Bengali and Indian tycoons of the Oud trade started sniffing around for a solution. Laotian Oud being too sharp when distilled the Hindi way, and Burma being impenetrably closed off for the most part, they could only turn to the ‘next best’ thing down the block, which was ‘Oud Cambodi’.

Now, as the Bengalis who run the Oudh conglomerates of the Emirates rapped on, something alarming started to happen in the forests of Kampung Speu. And then Pursat. And then Koh Kong… The hunters of Oudh Combodi stopped finding any trees to make their Oudh from. But it was too late. The people had been told that there is nothing as precious or as chique as Oudh Combodi. And so Oudh Combodi they had to have. What to do? It was a decisive moment in the history of Oudh, as the white head-scarfed Sequoia drivers and their Bengali tigers decided it was time to move yet further East in search of their juice. (All the while, the people kept chanting all over the streets of Riyadh, ‘Com-BO-DI! Com-BO-DI!’) And so they discovered Oudh Undonusi (lit. ‘Indonesian Oud’). Of course, this immediately became the new ‘Oudh Combodi’.

Last  witnessed (2007), ‘Combodi Qadeem’ was a mix of Indian, Thai and Papuan Ouds, according to a fortuitous inspiration of ‘the Boss’ one day.

So then, to return to our question, what on earth is ‘Oud Cambodi’?

Well, a Cambodi is a Hindi is a Thai is a Maroke is a Borneo, or any combination of oils from any of these regions. In reality, a ‘Cambodi’ today is anything but Cambodian. And it hasn’t been since 2004.

But wait, what about all the ‘fruitilicious’ and ‘jammy’ and ‘figgy’ and ultra sticky Cambodis and Thaqeels, Koh Kongs and Kampucheas, and all the rest of them that they keep bringing from Islamabad to Vancouver to Victoria to New York City? Do I mean to say that none of these oils are ‘Cambodis’? Unfortunately, that is exactly so. They are either Thai oils that have been oxidized to smell like a faint resemblance of their long gone progenitors, or Aquilaria crassna trees that are cultivated within the ‘legal’ boundaries of Cambodia, and which bear as much resemblance to their wild forefathers as Oud Yusha does to Qi Nam Khmer. (In case you haven’t smelled both, very little resemblance.)

Stop. Hold it right there. I am not saying that they are inferior, or not noteworthy oils in their own right, each and every (other) one of them. What I am saying is, by smelling Oud Yusha, you’re not smelling Oud Cambodi à la 1970s Cambodi. You’re smelling a very different type of Oud Cambodi, if that’s what you insist that we call it. You’re smelling the ‘Cambodi’ of the Future. The ‘Cambodi’ of the Past is now… history (or better yet, archeology).

I got it from hunter today, weight 12grams sinking wood.

Many of us ask when to do inoculation??

Whenever the tree trunk reaches 4″ at breast high diameter (BHD), it is considered mature enough to perform inoculation regardless of any method available nowadays. Could it be liquid inoculation or Bamboo stick from Witsawa (Thailand).

In my farm , i have started to induce the trees when BHD is 3″. The inducement of Bamboo sticks is carried out in stages in order not to kill the trees at one time. Keep the drilling holes at a distance say 12″ apart, by next year we drill another hole 4″ from the first one, and the following year another hole 4″ from the second one. Repeat this pattern for the entire tree. By the time you come to harvest you will have different grades of products.

Doing this way will shorten the waiting time, while awaiting for the trees to grow bigger.

Agarwood investors or growers must read

Agarwood inoculation provides opportunity for business for many. One US company was trying to sell kits to Lao famers for $100 US per kit, per tree. Clearly this is unreasonable and shows little understanding for the situation in Laos, where the annual per capita GDP at $3000 USD. The inoculation is a secret blend of chemicals, or sugars, or simple bacteria and fungi, which is then driven into the tree trunk. Those with plantations will buy or make inoculation kits to increase the value of their trees, of course. But whether the cost of the land, the seedlings (also a profitable side business,) the inoculation kits and the time involved, the years to grow and infect the trees, will pay, is another question.

You would be forgiven for thinking otherwise. Browsing the internet, it’s easy to find agarwood “consultants” to help you in all areas of your plantation. Promised return on the investment is 7 years. This promise is common. The trees will grow, most probably. But even though they can be inoculated at just a couple of years of age, and even though they can technically be harvested at 3-7 years, the possibility of harvesting good agarwood to make Oud is slim. To make quality Oud, the trees should have a naturally occurring infection, not an inoculation. And most probably the trees will need to be much older, maybe 15-20 years. But the biggest obstacle is that how many of us are willing to wait.

If you want to venture into Agarwood planting with your hard earned saving, you should read this link …

Why not to buy Touchwood forestry — Is Touchwood in trouble ??

I have received repeated questions from either visitors or village people on why plastic cover was used ? Following photos were taken on 12 July 2012 when the trees were 11-month old. For weed management, I don’t use herbicide to control the weed. With my workers available, i ensure them to cut the weed by lawn cutter. Prior to the countermeasure there were some trees damaged completely during the cutting process. Later, suggestion to cover the tree with a protective mean by using plastic bottle.

This tree had been injured prior to countermeasure. The injured location may be weak enough to support if strong wind is present, the tree tends to collapse. If the cut is too deep, the tree may die.

The cut was quite obvious. With the protective cover installed, worker will be alerted to retract the cutting stroke.

One proverb says “A woman can satisfy only to one man but can not satisfy every men”.

Whatever you do, people will always find something new to say. If you venture into Gaharu business, this universal problem will hit you, always you find problem with people opinions. If you pay too much attention to others, you are not managing yourself. Indecisive condition will drag you further, firm to your own decision after having analyzed those inputs you gained from the senior.

There are always lots of way doing something, just a matter you do it long way or through short-cut. A long way does not mean a wrong way and short-cut does not represent a proper method. You will reach the destination eventually. No one will judge this way is wrong or right. Choose a way that you feel comfortable and reasonable, you proceed, after all perfect does not exist in the imperfect world.